We are what we speak

“The soul might be silent but the servant of the soul has always got a voice and it has got one for a reason.” ― Cormac McCarthy, The Sunset Limited

The sound of a voice is one of the most formidable powers for transformation in the Universe. Yes, even if you hate the sound of your own, by the way. Once we have spoken to another, we can easily identify each other by voice. Even stranger than that- studies have shown that once we have been synchronized with the vibration of the human voice, we can “hear” it and be influenced by it even when it is not vocalized. It's worth considering, then, what reason does your silent servant have? How do you project it to yourself and to others?

"...if you're keeping up a silent dialogue with yourself, as far as certain parts of your brain activity are concerned, it's not that much different to chatting to someone else." DAVID NIELD , Science Alert online

The small study Nield is reviewing reveals what may seem a "new-age" cliche by now, that when you are thinking to yourself, or “self-talking”, your brain cannot tell if you are talking to yourself or talking to someone else. It can be soothing, or devastating and I know, nobody admits to talking to themselves (that's crazy, right?) except, it's actually pretty common. This suggests that an actual sensation of sound is not required to convey meaning, although the experience of sound has to have been encoded in the neurological circuits in some way (deaf people can understand words, for instance, even though they haven’t heard a voice in the regular way). It is not a far stretch then to understanding that even reading words, seeing them in any format is also influential, provided one knows how to read. We read words, but we hear them being said as we do. So what is this voice, what can it be?

If the voice is anything, it is a “self” emerging of sound; a marker of identity, that has a social life. “It is thus a dynamic self that is modified according to the talker's goals, affecting both the talker and the addressee in their roles as perceivers and producers of verbal and non-verbal vocal signals.” (McGettigan, 2015 ) This includes a kind of message concerning whether one can be trusted, or not. Neuroscientist Stephen Porges has discovered that certain types of music are effective for healing emotional trauma, because their melodies carry the frequency of the human voice (40 Hz). His research has shown, this frequency stimulates the parasympathetic nervous system, creating calm in the patient. (Porges Polyvagal articl)

In the clinical setting, in order for full healing to occur, the patient has to have confidence in a healer in several different ways- not simply in technical skill, but also, he or she, “should be able to convey personal compassion, faith in the healing and the healing instructions through the way his voice sounds” (Johnson, p. 71). Our brains do, in fact, pick up on confidence a speaker has to such an extent that we almost instantly support the message or instantly dismiss it, based on hyper verbal cues that exist in the sounds of the speech pattern. A recent study concluded, not surprisingly, that confident speech grabs the most attention, and demands the highest level of processing speed, from the brains of listeners. And the effect is almost instantaneous; our brains are able to determine whose voice merits the most consideration before we've even considered what’s being said, for better or worse. "We found that when a speaker is very confident about something, this can be assessed at a very early stage," commented study co-author Xiaoming Jiang.” (Forbes online)

What we say to each other and to ourselves does matter, because the voice can move matter.

If the voice does anything, it moves. We project a moving self when we use voice to speak and sometimes, we move others in the process. The tissues that are used in summoning the voice are passive, manipulable, but the voice reveals Being, as Carolyn McGettigan points out in her discussion of research into the science behind the influence of the human voice in healing. She says, “…it is important to note that the voice is not a static object. There is no such thing as a passive voice…”, (McGettigan) of both the speaker and the content of the message, plus the context of the situation that requires a verbal expression (the emotional motivation). The voice is a dynamic medium between the one who is talking and the one who is hearing the talking. Pretty nifty, really.

Speech could be seen, and is in TCM, as a Post Heaven combination of Thunder (Zhen) and of the Wind (Xun). The sound it produces breaks up the silence before it- what the Daoists call PreHeaven, the primordial perfect balance, stillness, like the vacuum of inhalation- the pause before the storm. The movement the sound causes, like an exhale, conveys an influence in the environment; in the Wind of the exhale is the Sound of specific mental activity- thought forms and emotional content, carrying meaning or intent of the speaker. The sound of the voice, like any other sound also introduces the concept of time in the midst of timelessness or unbroken silence. 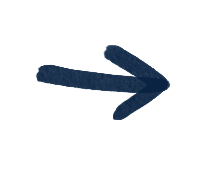 Mechanically, the voice is produced by the placement of the Tongue, related to the Heart organ system and the positioning of the Mouth, Teeth and Gums, governed by the Spleen and Kidney systems, respectively. In the Daoist thought, this is the triad of Shen (Spirit), Yi (Focus/Intent) and Zhi (Will/ Destiny) described by Giovanni Maciocia, a premier Western voice on Chinese Medicine). Viewing it this way, we can see in voices the spiritual action of the 5 Elements, or Phases. Our inner selves, hidden in the Heart/Mind, are controlled by a certain fated conditions, but we directs our Focus, which contains the Will to reveal the identity of the Ghost (Ethereal Soul) in the Machine (Corporeal Soul). Here I am.

Further, the intent of using the voice to effect healing is to move tissue from a state of disorder to order, as Dr. Johnson explains, “Through his voice, the doctor’s projected energy will flow deep into the patient’s body; and the sound intention of his ‘words’ will permeate deep into the patient’s tissues.” (ibid) (we feel sound ‘in our bones”; using the voice is a way of touching) The Shen level of the doctor’s body must be projected with enough force to cause the tissues to vibrate, especially when enacting an audible healing suggestion. This is a healing command that has been “camouflaged within a larger sentence”, a hidden message that is carried within a sound frequency (and pace, timing) that induces trust as so bypasses any resistance to the healing the patient may carry. So, it seems another power of speech is the ability to touch someone with your Soul.

What we say to each other and to ourselves does matter, because speech can move matter. Speaking in a healing context, is the same thing as touching. In energetic healing, there is no curtain between the mind and the body of the patient, nor is there any separation between patient and healer. So what we say, how we say it- even what we think- to clients is heard in some way, always. The intentional content of our inner voices has an impact on what the patient believes about his or her potential to heal.

"Old Man Sees Pearl at the Bottom of the Tidepool" a traditional Qigong exercise you can use to discover the healing powers of your voice. This is not used as a regular practice- only a short term practice to move toxic emotions from the energetic system. Follow up with a tonifying practice- here is a link to a great one: Hun Yuan

The video is produced by Jason Gordon, Doctor of Medical Qigong. His YouTube page is called "Alchemical Courtyard" and I use his videos to demonstrate some of the movements I teach in my classes. It should be noted that this sound healing exercise is very powerful and can help to move stuck negative emotions from your energetic system. One way that can manifest is a feeling of re-experiencing the emotions as they dissolve and leave the body, which can be very disconcerting. Be sure to give yourself at least 15 minutes to process toxic emotions and it's best to work with a live teacher to help you develop a practice to refill (tonify) your organs afterward. Adopting a regular Qigong practice can help you move these types of toxic emotional states through. Of course, qigong can enhance healing of many conditions, these techniques are not a substitute for medical, emotional or psychological conditions. Always seek advice from a medical professional or certified counselor should you need to.

McGettigan, Carolyn, “The Social Life of Voices: studying the neural bases for the expression and perception of the self and others during spoken communication”, Frontiers in Human Neuroscience (online Journal), March 19, 2015. https://doi.org/10.3389/fnhum.2015.00129

Neild, David, “Here's How the Voice in Your Head Tricks Your Brain into Thinking It's Real” from Science Alert (online Magazine). December 13, 2017. https://www.sciencealert.com/brains-think-talking-in-our-heads-is-like-speaking-out-loud